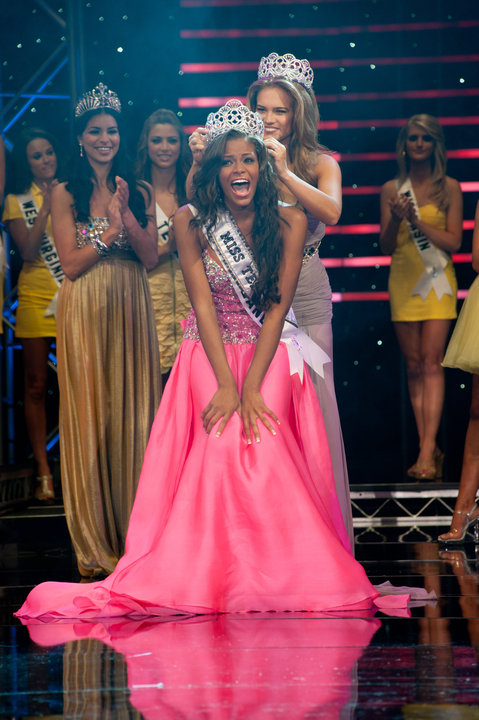 Wow! I finally predicted the winner of Miss Teen USA!
Maryland's Kamie Crawford is Miss Teen USA 2010 and naturally, I am very pleased with this pick as Kamie was pegged as a huge favorite going into the pageant with her exceptional poise and beauty. For those who have been following my predictions over the years, you'll note that I have never correctly predicted the actual winner of Miss Teen USA until now. I got 9 of the 15 semifinalists as well so I am very happy about that and these were picks that I made early in the week before even viewing preliminary pictures and my picks this year were based largely on their original headshots and some hearsay so maybe it isn't always necessary to see the prelim pictures. The 6 that made it but missed my list entirely were Mississippi, Tennessee, Wyoming, New York, Washington and Kentucky. These 6 weren't even in my alternates or honorable mentions list! Even after viewing the preliminary pictures of swimsuit and gown, I might have picked Mississippi and Tennessee but probably not the other 4. Mississippi just barely escaped my list. I had my suspicions about Tennessee after prelims. At one time, I pondered Wyoming and to a much lesser extent, New York. Washington's unusual look must have helped her get noticed and Kentucky was okay but I just wouldn't have picked her. So what about my girls who didn't make it? It's interesting to note that Texas won Photogenic and Idaho won Congeniality (and both of these ladies were in my top 3...just like in Miss USA this year when my top two ladies: Alabama won Photogenic and Nebraska won Congeniality. So I guess I'm seeing something right!! Idaho looked like she would have been a great contender and is quite accomplished at such a young age and I was hoping she would do it. Texas' hex at Miss Teen USA strangely continues. They haven't placed since 2004 at Miss Teen USA which is very unusual for Texas (the state with easily the most Miss USAs.) I thought Chelsea would break it but they decided to pass on her for some odd reason. This marks the first time in history that Texas did not make the semifinals at both Miss USA and Miss Teen USA. New Jersey and Colorado were both picked based on their original headshots and New Jersey still would have been in my list after seeing the prelim pics but I would have taken Colorado out. The final two were Massachusetts and Minnesota who both actually looked incredible so I am quite shocked to see them miss the cut. I LOVED Massachusetts gown but perhaps they thought she looked more Miss than Teen. Minnesota also looked amazing in some candid shots after the ladies arrived in the Bahamas so I have no clue what happened there. Unfortunately, I wasn't able to view the pageant this year as I was at a wedding so the commentary will be left at this for now.

Who will succeed Stormi Henley and be crowned Miss Teen USA 2010 in the Bahamas? So here come the predictions and of course, I have a lot less to go with so these predictions are largely based on a few pictures and hearsay so let's see how I do. 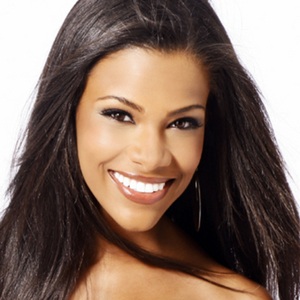 Yes, I'm jumping on the bandwagon but I can see it happening. Kamie has been praised for her exceptional poise and beauty and many people are calling her the winner, as am I. Maryland has sent some memorable former Teens like Khosi Roy in 1999, Amanda Williams in 2004 and Jennifer Smith in 1996. Even a former Maryland Teen (1992's Vanessa Molinis who was Maryland's first semifinalist at Miss Teen USA) tragically passed away a few years ago of cancer but is it finally time for Maryland to get recognized on the Miss Teen USA stage? Many seem to feel that Kamie is the one. 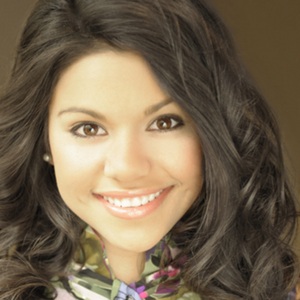 There is just something so endearing about this girl. Idaho last won the Teen crown in 1989 thanks to Brandi Sherwood who later went on to become Miss USA 1997. Hosanna seems to have caught a lot of attention and her name is a declaration of praise so what else can I say but Hosanna in the highest! 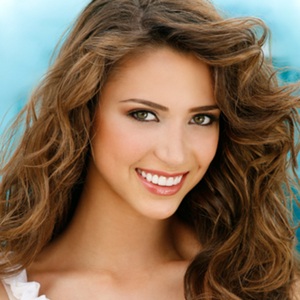 Chelsea's a lovely contender and I hope that Chelsea will break the hex that suddenly seems to have plagued Texas at Teen USA. They haven't placed since 2004 (say whaaaat??) when Magen Ellis was a semifinalist. Magen has since competed in Miss USA 2007. Here we are, six years later and eyes are focused on Chelsea. It is to be noted that Christie Lee Woods won Texas' only Miss Teen USA crown in 1996 after Texas had missed the semifinals four years in a row from 1992 to 1995. Even in 2001, when Kandace Krueger won Miss USA for Texas, the previous two Texas titleholders failed to place which shows us that when Texas comes back, they come back BIG! 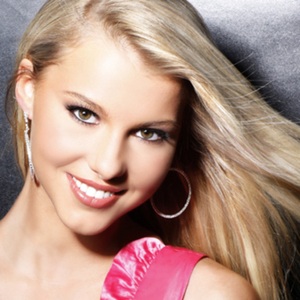 Well, Illinois hasn't won this crown since 1984 and last placed in 2007 but it looks like Lexi can make a big splash in this year's competition and she seems to be on many other lists too. 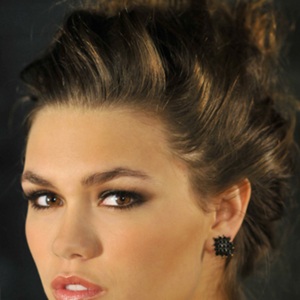 Arkansas seems to be on a roll since winning the crown in 2008 thanks to Stevi Perry. Megan is also appearing on many lists and is also expected to do well. 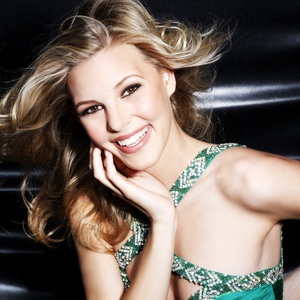 Emma definitely looks like one to watch. California hasn't won the crown since 1994 when the notable Shauna Gambill captured the title. 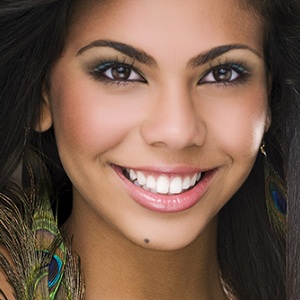 This girl is a standout so I expect her to get noticed. I often wonder why a popular state like Florida which has hosted several Miss USA and Universe pageants doesn't seem to be doing as well at this pageant. They did place in 2008 but have never captured the crown. Maybe Alyssa will change that? 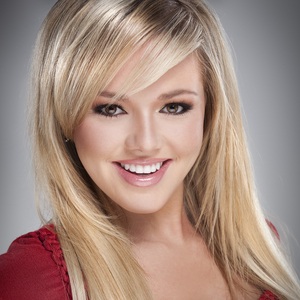 Utah doesn't really have a strong track record at Miss Teen USA. They did place last year and Loni Sorden did give this state a 2nd runner up placement in 1995 but Angelia could really put Utah in contention as she is a highly noticed contestant and with good reason. 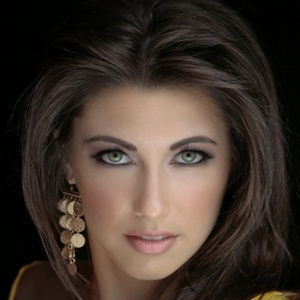 I think Erica has potential to go far in this competition as well. She appears to be well seasoned and I liked what I've seen of her. 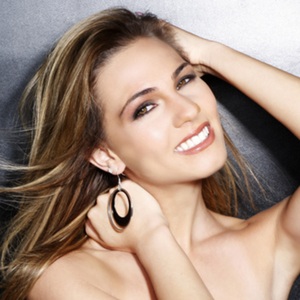 After placing 3rd runner up at Miss USA this year, I think this year's Teen delegate looks like she could also do it for Colorado. Colorado won the crown in 2007 thanks to Hilary Cruz who was also the last winner to be crowned on network television. Can Courtney do it? 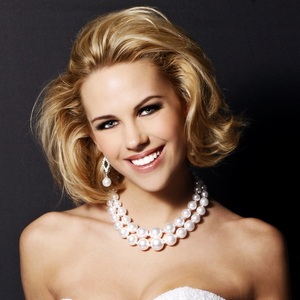 Brooke also appears to be one who could do well. Massachusetts has sent some really great Teens to Miss Teen USA including the likes of Susie Castillo, Miss USA 2003, Jackie Bruno and Maria Menounos. I was disappointed that Massachusetts didn't place at Miss USA this year but hopefully Brooke can do it. 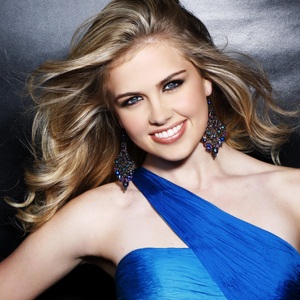 Ashlyn also looks lovely. Alabama doesn't have a very strong track record at Miss Teen USA. Anna Mingus was 4th runner up in 1988 and Christine King was a finalist in 1992 but maybe Ashlyn can do some magic for Alabama. 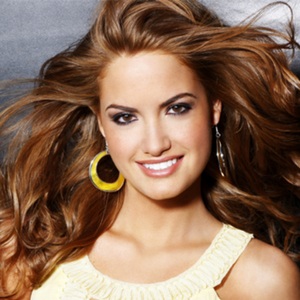 Haley is also making a lot of lists and she is quite striking so let's see if she can do it. 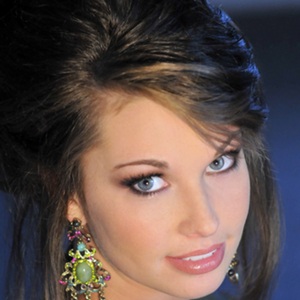 This is a hearsay pick. I've heard that she's one to watch but I'll be honest and say if I hadn't heard things about her, she wouldn't be in my list. 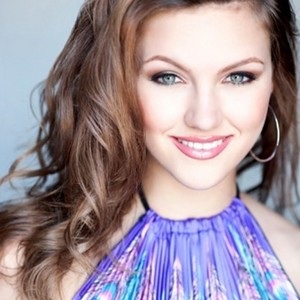 Well, she is quite young but this is another one that seems to be making a lot of lists so I'm putting her in.

Hawaii-Looks pretty decent but some people think she's too Miss for Teen.
Delaware-I think she looks promising but others don't seem to so as a result, I'm just placing her as an alternate.
Wisconsin-Another one who looked promising originally but fizzled.
Iowa-Nice headshot. She could be up there.
North Dakota-This one was a former Miss America's Outstanding Teen rep for her state so I think she could be one to watch and I get a Reese Witherspoon vibe from her headshot.

Michigan-She looks like she might be able to place and bring extra glory to the state of the reigning Miss USA.
Kansas-She's a possibility. Earlier, I had her placed a little higher but she also seems to have fizzled on me.
Missouri-She has potential. Missouri last won the Teen crown in 2001.
Rhode Island-Has a decent headshot but not many people are talking about her for whatever reason.
Nevada-Also shows some appeal in the headshot.

Following them for me would probably be Mississippi, South Carolina, Ohio, Oregon and Vermont. So who will be the new Miss Teen USA? We'll find out on July 24!


BACK TO FRONT PAGE