When Texas comes back, they come back BIG!!! 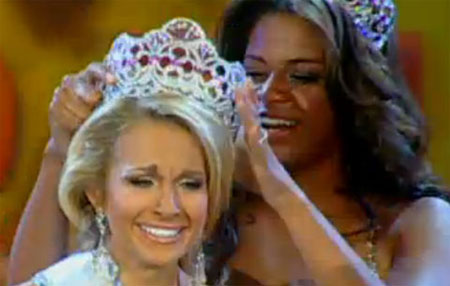 What an interesting year. California places as 2nd runner up for the 3rd year in a row! In regards to my predictions, I was very happy that 10 of my 15 picks made the actual top 15, plus 2 of my alternates (Maryland and West Virginia) as well as two of my honorable mentions (Indiana and Minnesota). The only one who made it that missed my list entirely was Colorado. The 5 of my choices that didn't make the cut were Hawaii, New Hampshire, Kentucky, Florida and Virginia. But Hawaii won the Photogenic award and will be going to the People's Choice Awards! New Jersey won the Congeniality award.

Good news! Unlike the last 3 years, I will be doing a commentary on Miss Teen USA 2011 which will be posted on July 25. 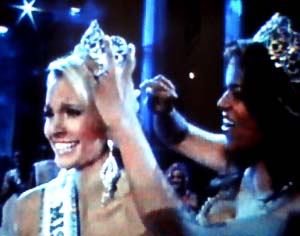 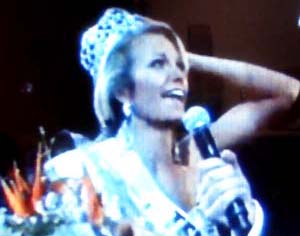 THE PRETHOUGHTS
Who will succeed Kamie Crawford and be crowned Miss Teen USA 2011? Teen is normally harder to predict and it's even harder when we don't have the same supplemental aids like preliminary performance pictures for Miss USA and Miss Universe but I have a general idea of who I think will do well so here it goes! 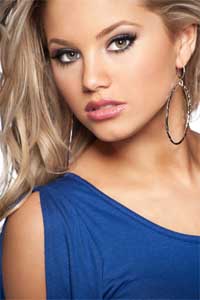 So South Carolina topped my Teen USA list much like in previous years like 2008 and 2006. They sure are doing something right in South Carolina because Keyla is just an absolutely striking beauty and seems to have the complete package. She speaks well and that gorgeous hair and face will surely help her win favor with the judges. South Carolina hasn't won since 1998 with Vanessa Minnillo so it could very well be time again for the Palmetto state. 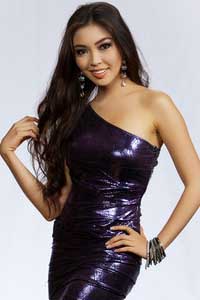 Courtney also leaves a positive impression on me. I think she speaks well and carries herself magnificently. After a strong showing at Miss USA, Hawaii looks like it's making a comeback. Hawaii's Kelly Hu won the Teen crown in 1985 and they were also 1st runner up in 1984 and 2004 so the Aloha state is expected to do well yet again. 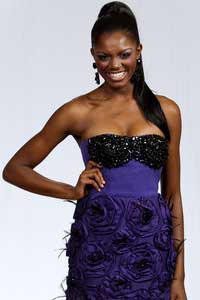 Well, Georgia was 1st runner up in 1991 and 1994 so this peachy state has come so close but has yet to win this crown. Kristen seems to be a great spirit and I just like her style and many people have said good things about her so she looks like one to watch. 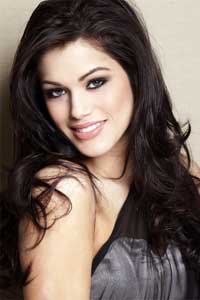 North Dakota is another state that has placed many times at Miss Teen USA but has yet to win the crown. Audra is yet another stunner who could very well bring the first Miss Teen USA crown to her state. 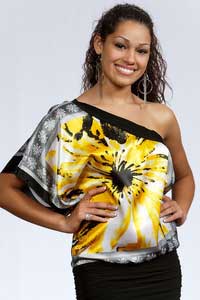 I just love this girl's look. Her hair is gorgeous and she seems like such a sweetheart but I don't think she'll win just because she is 15 and may be considered too young but I still think she can have a very strong showing. 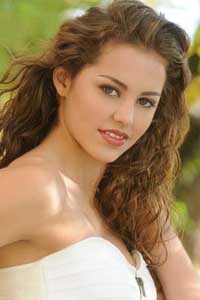 With earlier pics that I saw of her, I was actually ready to give this girl a higher position but recent headshots have caused her to fall on my list but I think she has a very fresh, teen look so she has great potential. 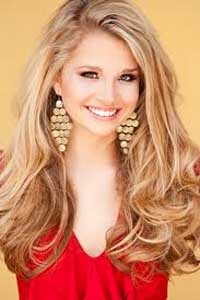 Texas hasn't placed at Miss Teen USA since 2004?? Say whaaaat?? Will Danielle be the one to break the apparent curse? Texas won the 1996 Teen crown after a four year absence from the semifinals so Texas is expected to come back big when they do place. Danielle seems quite polished and could easily do it. 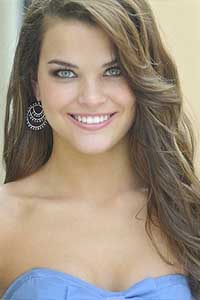 I think she has a great look and body so I'm hoping she does well after Kansas' exclusion at Miss USA this year. I had her ranked higher earlier but she seems to be one that is fizzling. 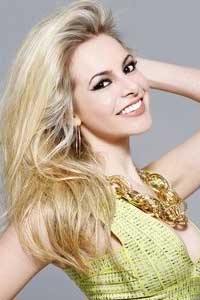 This girl just seems to have something about her. I think her style is rather unique and she is also one that is said to have a great personality so I think Savannah is one to watch. 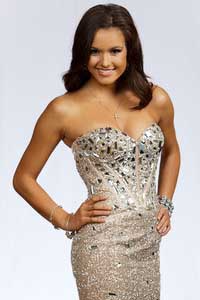 Kentucky is another state that has come very close without actually winning the Teen crown with a 1st runner up placement in 1989 and 2nd runner up placements in 2000 and 2002. People seem to think highly of Stephanie so could she be the one to do it? 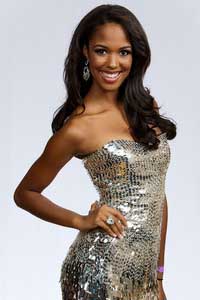 Mikyle reminds me a lot of Jennifer Smith, Miss Maryland Teen USA 1996. There's an innocence about her that is very appealing. Florida hasn't had much success at Miss Teen USA but could this be the year to change that? 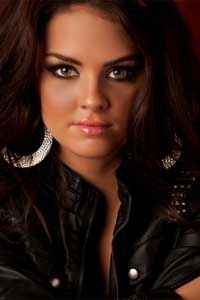 I haven't seen much of her but her look is fantastic and she seems to be one of the more prepared ones of the bunch so I think she can place. 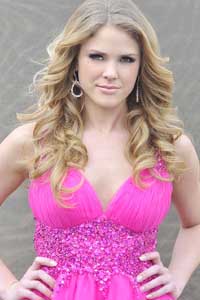 The 'Show Me' state last won the crown in 2001 and Sydnee seems to have what it takes to place. She looks good and speaks well so she has potential. 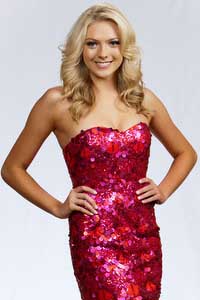 California Gurls are undeniable, I've heard... from Katy Perry... but Alexis won a very strong competition and with that experience, it should help her in the national teen competition. California last won in 1994 and has been doing well in recent years so let's see how Alexis does. 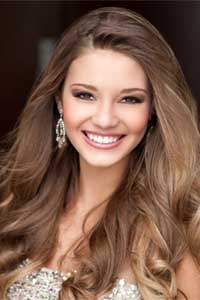 Originally, I wasn't going to give her a spot but then I saw some recent pics and she seems to have that teen appeal and irresistability about her. Pennsylvania won the crown in 2000 and has had some strong placements over the years so perhaps Madison can do it for the Keystone state. 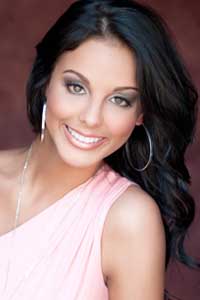 I think she speaks well and looks decent so she could do it. The Miss Teen USA crown has also evaded North Carolina even though they have 1st runner up placements in 1987 and 2006. 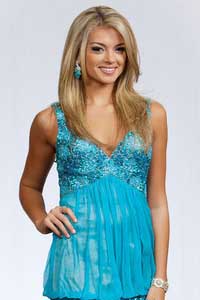 The reigning Miss Teen USA is from Maryland so the pressure will be on Kristen. She has a nice look but I just didn't feel strongly enough about her to give her a spot in my top 15 although she was in there at one time. 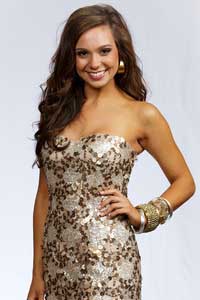 She could do it. Arizona's success at Miss Teen USA is minimal with a top 6 placement in 1996 and 1999 being their best. I didn't feel strongly enough about her to give her a spot but she's a possibility. 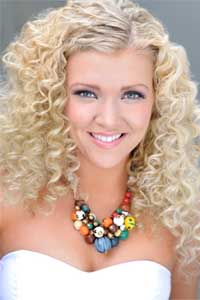 Washington has been placing in recent years so Cheyenne is a possibility but again, there are only so many spots so I gave her an alternate position. 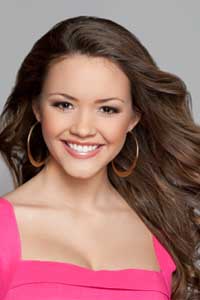 Her look is very teen so she could get noticed but she is among the younger contestants this year but we'll see how she does. 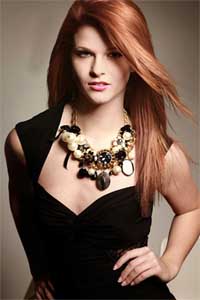 The Buckeye state last won in 2005 but hasn't really had many placements. This year's girl just caught my eye as someone who could be up there. 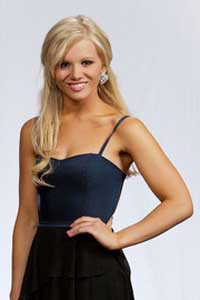 She has a nice look to her so she could do it. Delaware won the Teen crown in 1999 but they rarely place and this is also the state that has never placed in Miss USA history so let's see if Amanda is strong enough. 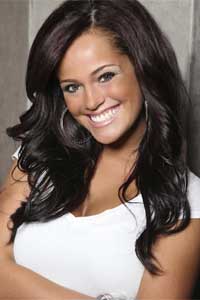 She has some fans that have commented on her dancer's body and dancers tend to move well on stage but I haven't seen enough of her to really have a strong opinion of her so I'm placing her here. 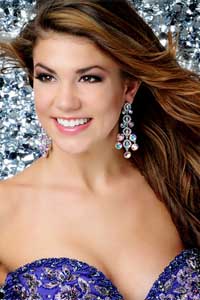 Minnesota hasn't had really strong showings at Miss Teen USA but Hannah caught my eye as someone who could place. 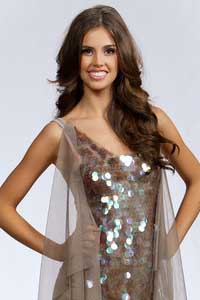 I think she's quite young and it shows. Other people seem to really like her though so we'll see how she does.

Other delegates that I have noticed but didn't make my lists include: Alabama, New York, Wisconsin, Utah and Nevada.

The finals will be shown via webcast at missteenusa.com and seventeen.com on July 16 at 8pm EST live from the Bahamas when we will know who will be the new Miss Teen USA!


BACK TO FRONT PAGE