It's a second win for the Show-Me State as Sophia Dominguez-Heithoff captures the Miss Teen USA crown for Missouri. Missouri's first Teen win was back in 2001 thanks to Marissa Whitley.

In terms of my predictions, I picked 7 of the top 15 plus 1 alternate (the winner-Missouri) and 2 honorable mentions (Indiana and Wyoming). I knew Indiana was going to place but I was tired after posting my predictions and I didn't know who to take out but it looks like I had many options as there were quite a few really random picks over some other delegates that I felt should have placed. The 5 semifinalists I missed altogether were: Oregon, Maryland, New York, Utah and West Virginia. 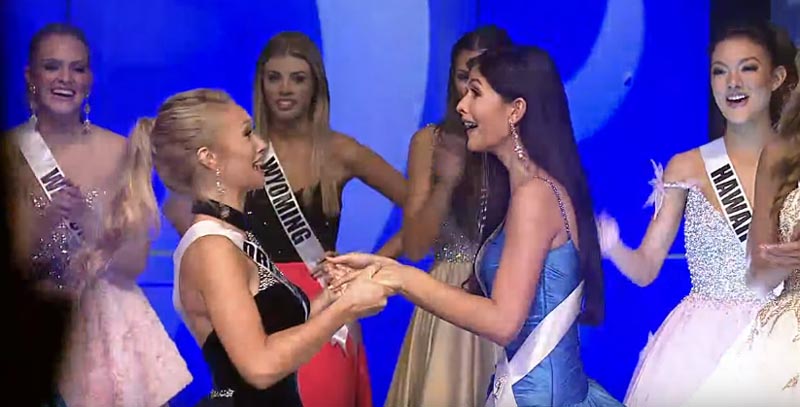 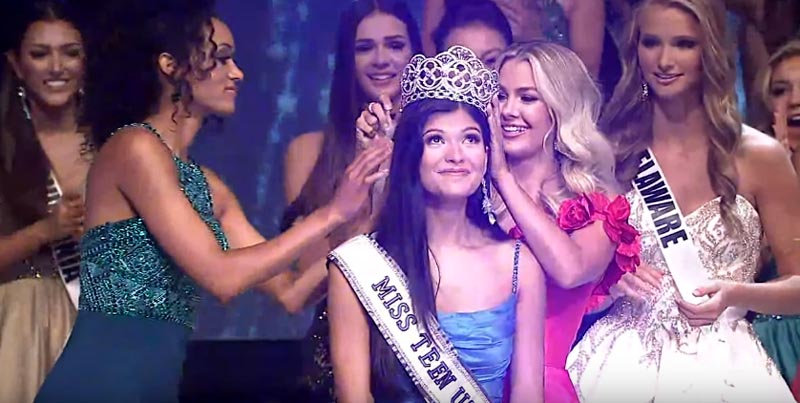 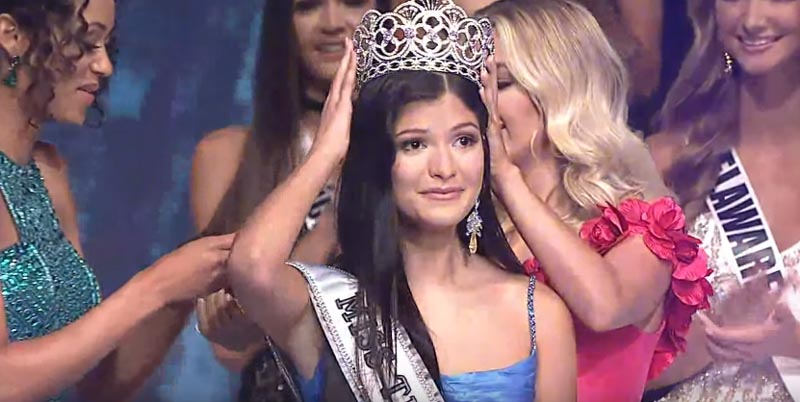 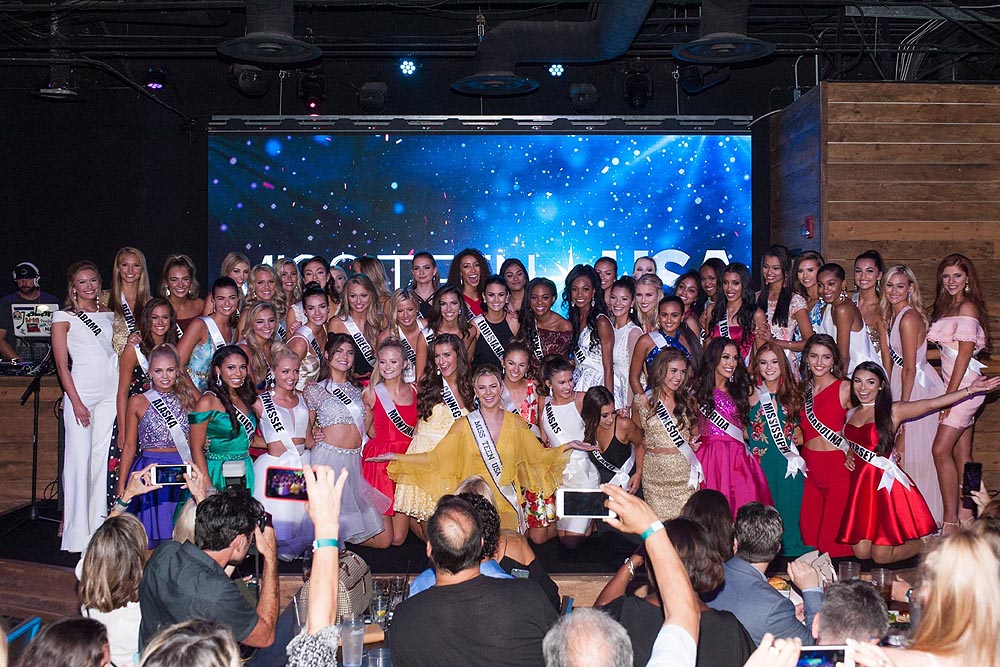 After watching preliminaries, I have now come up with my final predictions for Miss Teen USA 2017 and they are as follows! 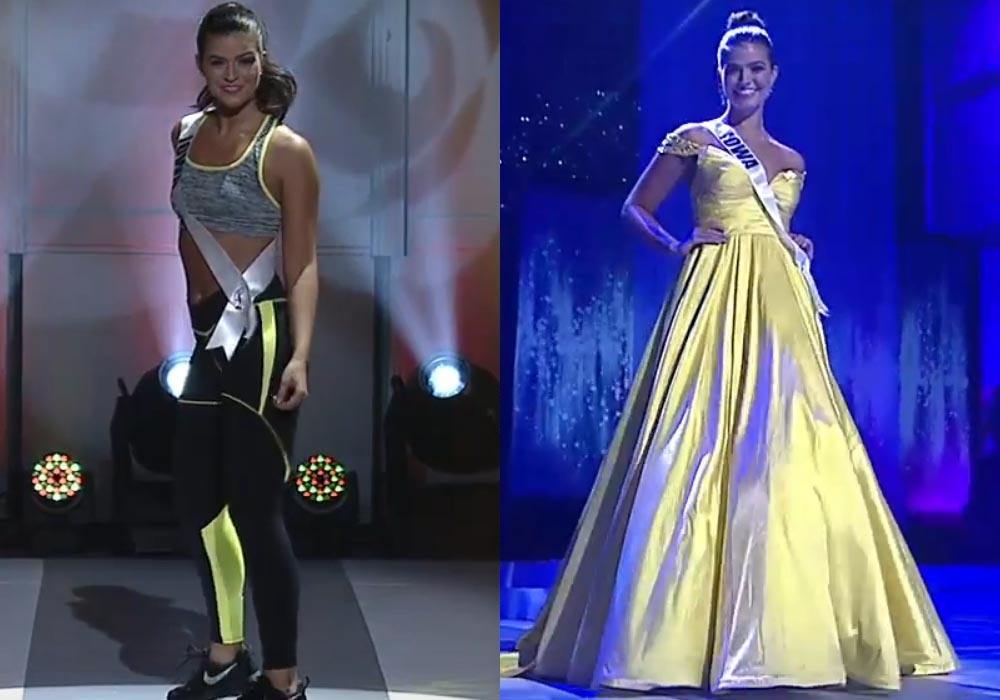 Call this pick a gamble if you must but this girl won me over when I saw her online interview. I was getting "it" vibes and her look is very teen and fresh much like previous winners like Olivia Culpo, Miss Universe 2012 and Shelley Hennig, Miss Teen USA 2004. I detect genuine warmth from Carley and she is athletic but is new to the pageant scene like Olivia Culpo was so I think she has just the right look and won't come across as too pageant-patty. I also think they might go for a brunette since a blonde won last year and even famously had an all blonde top 5 last year. Carley has a certain understated appeal about her which I think the judges will find refreshing so we'll see what happens. 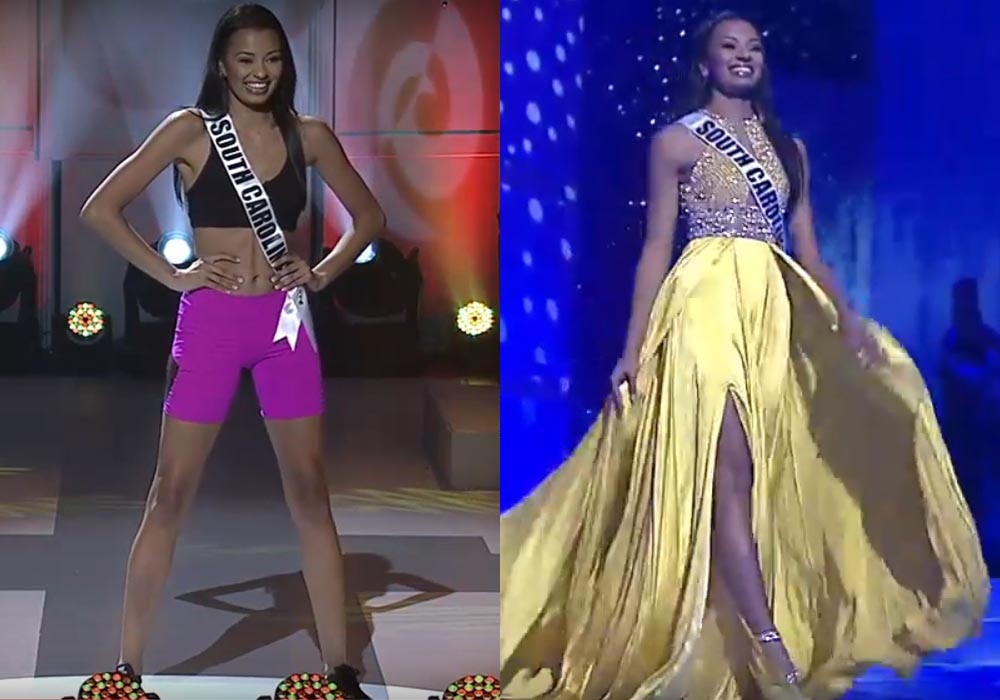 Alexis is total frontrunner. A beautiful standout in every way. She is very poised, intelligent and striking and has all the attributes that a great winner should possess. She worked her yellow gown very nicely in preliminaries and she could totally take it all. It also doesn't hurt that one of the judges is South Carolina's last Miss Teen USA winner (K. Lee Graham). 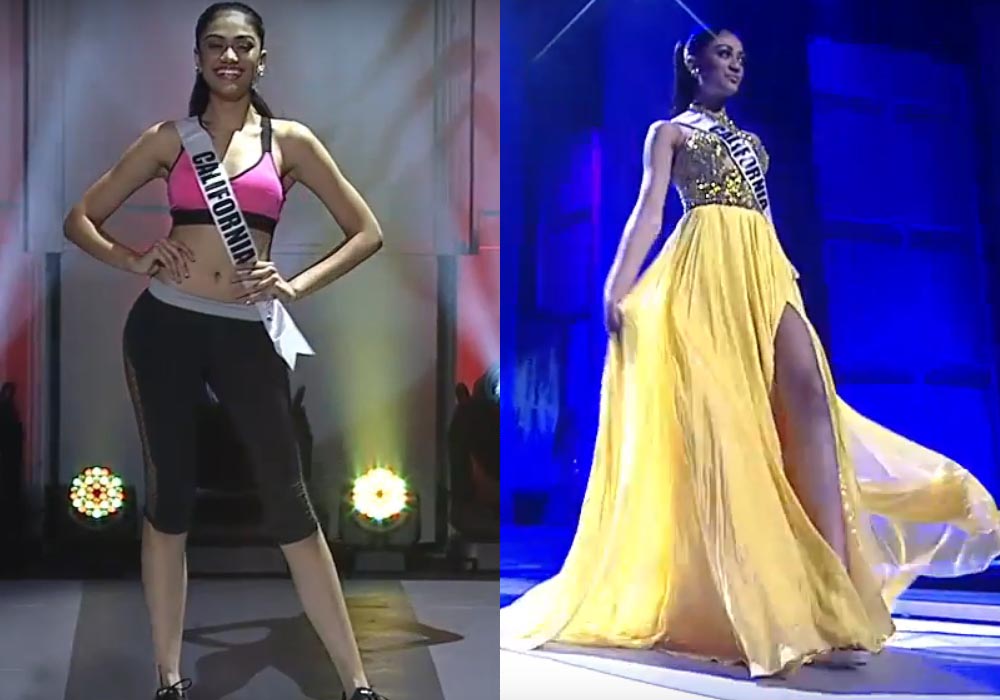 Did you notice my top 3 are all wearing yellow gowns??? Jaanu is of Indian descent and her exotic look combined with her intelligence and great body and presentation also make her a frontrunner. 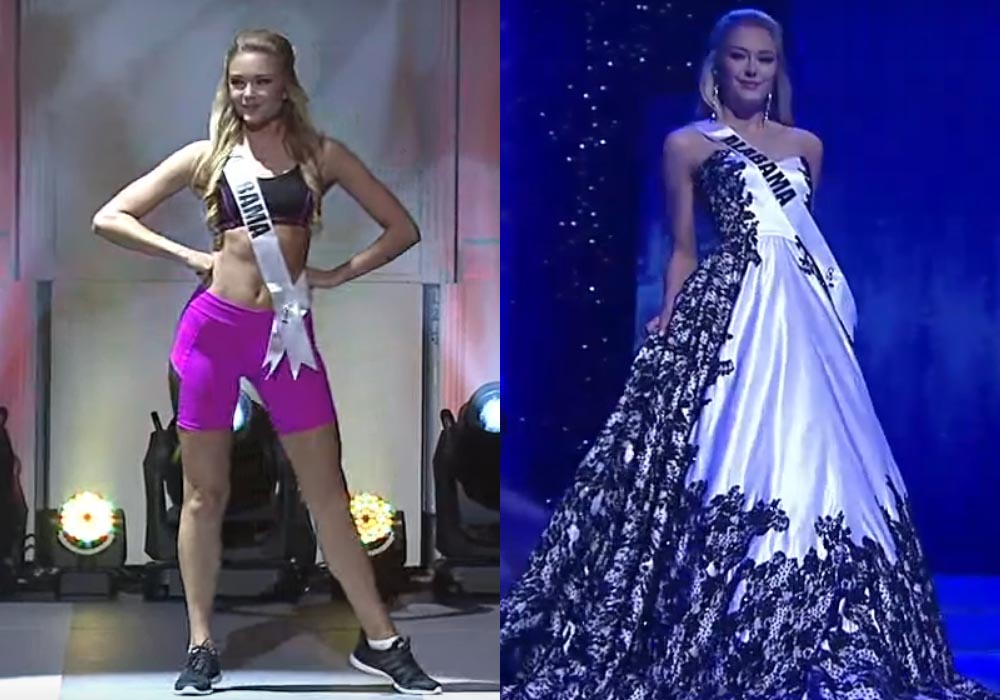 Not only is Claire breathtaking but this gown was a real show-stopper and she started the show! This gown can only propel her far in the competition and Alabama has been very strong at Miss Teen USA placing 4 of the last 5 years and Claire is expected to keep it going and could possibly even take the crown! 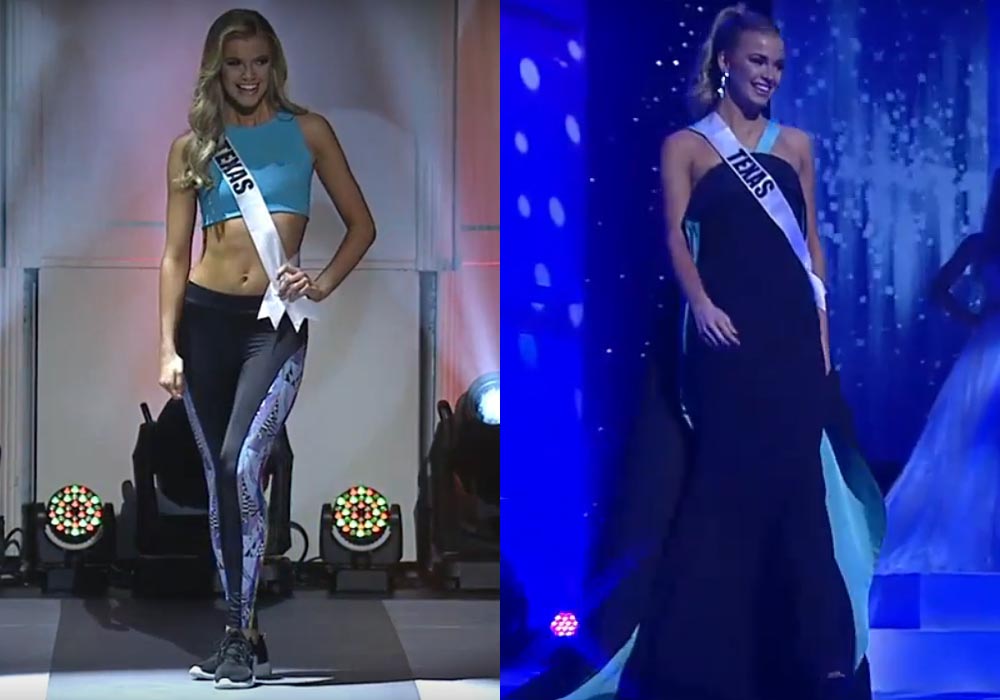 Can the lonestar state pull off the first set of back-to-back wins at Miss Teen USA? It's very possibly as Kirby is easily one of the best overall delegates this year but somehow I feel that something might keep her from the crown. I place her as 4th runner up because I think her religious-speak could come out in the final question and answer round and that isn't always smiled upon these days. That and also this gown is a very risky but unique choice but when you have a body like Kirby's, you can pretty much pull anything off. 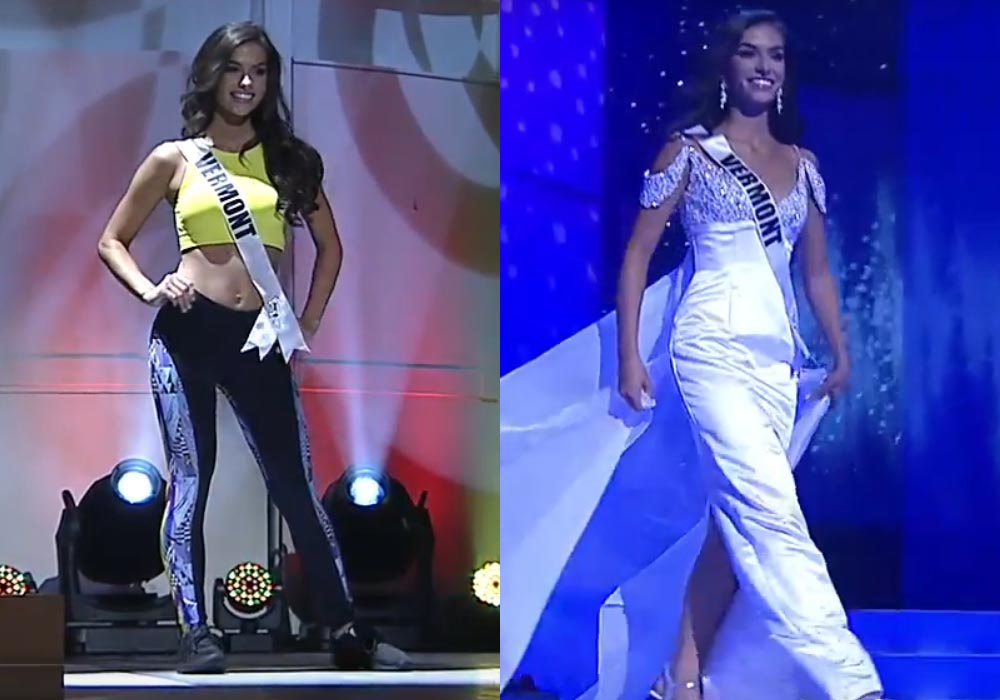 Vermont doesn't place that often but Kelsey could very well get the Green Mountain state a third placement in a row as they have been really coming on strong in recent years. They did win the crown in 1993 with the memorable Charlotte Lopez and Kelsey looks like she is a very strong, overall candidate so I am also looking for her to do very well. 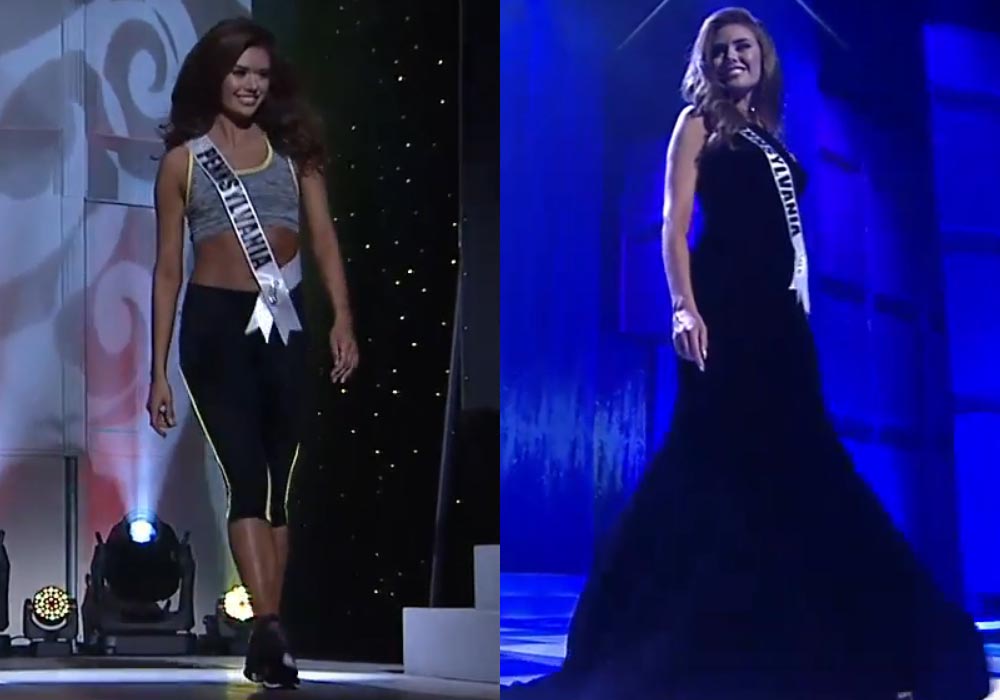 She can recite the Gettysburg address and this kind of thing has been getting wins lately (i.e. Katherine Haik naming all the presidents in 2015 and Karlie Hay stating the preamble to the U.S. Constitution in 2016). I actually really liked her black gown and she just comes across as confident so I think she will be among the semifinalists. 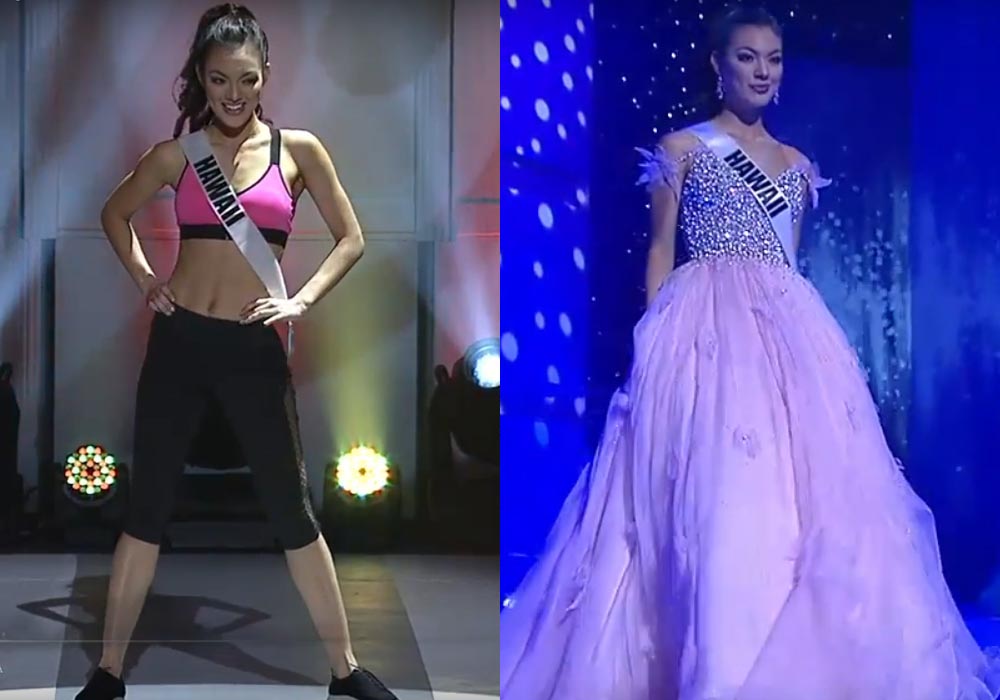 Lauren had an impressive interview and has prepared well. She stood out in the preliminary competition by skipping all throughout the active wear competition and walking very slowly during the gown competition but delivering dramatic twirls in both competitions and this girl means business. Pageantry runs in her family also as Lauren's sister Kathryn was Miss Hawaii Teen USA 2012 and she placed in the top 16 during her year so will Lauren follow in her sister's footsteps? 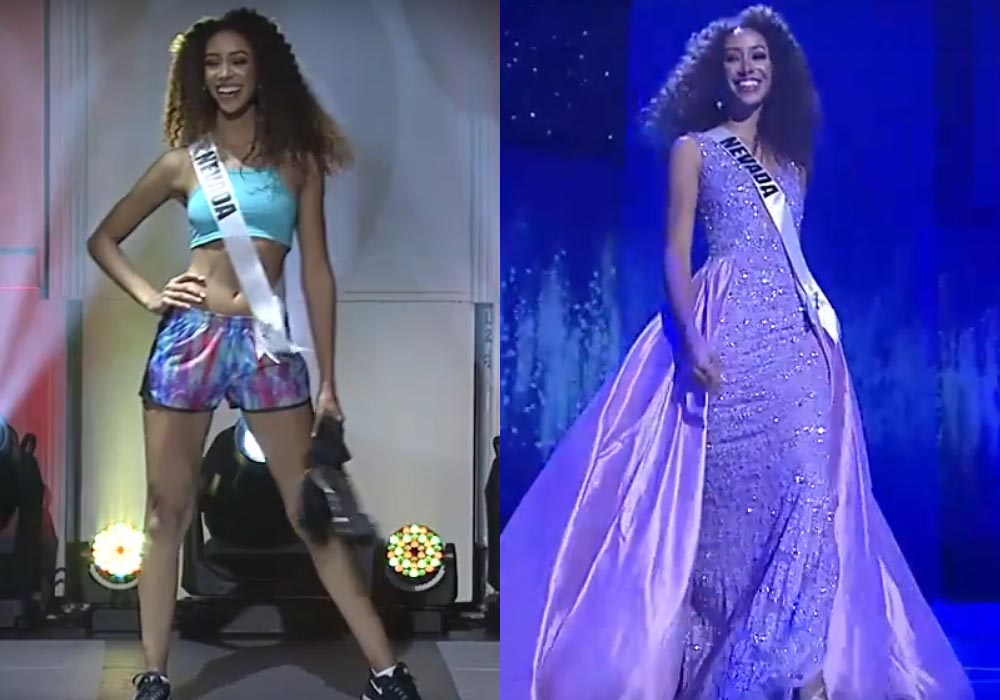 Alexis also has a genuine sweetness about her and her look is distinct with the curly hair similar to what the reigning Miss USA, Kára McCullough sported when she won her crown. She also worked this lovely, lavender ball gown very well and she's very fit so I think she is absolutely a worthy semifinalist. 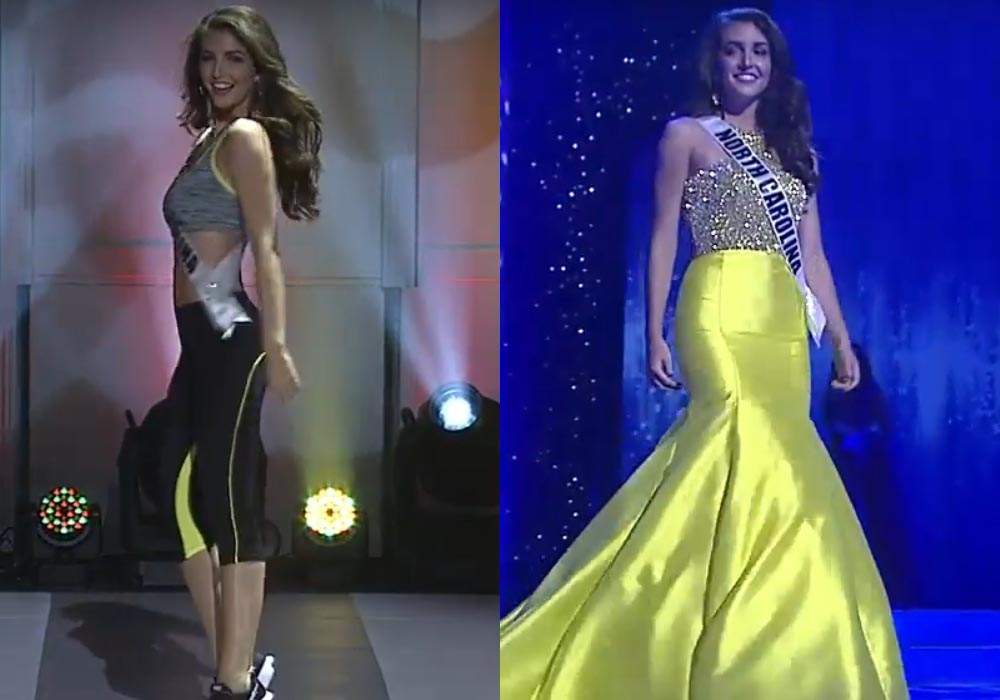 North Carolina has done extremely well recently placing in the top 3 for the past two years so can Kenzie do it again? She is also a former Miss North Carolina's Outstanding Teen and I think these winners are more along the lines of what the pageant owners IMG are looking for these days. Kenzie is strong overall and her gown and look and her cute dog in her online video made her that much more appealing. Surprisingly, North Carolina has never won Miss Teen USA but they have 3 1st runner ups and 3 2nd runner ups! 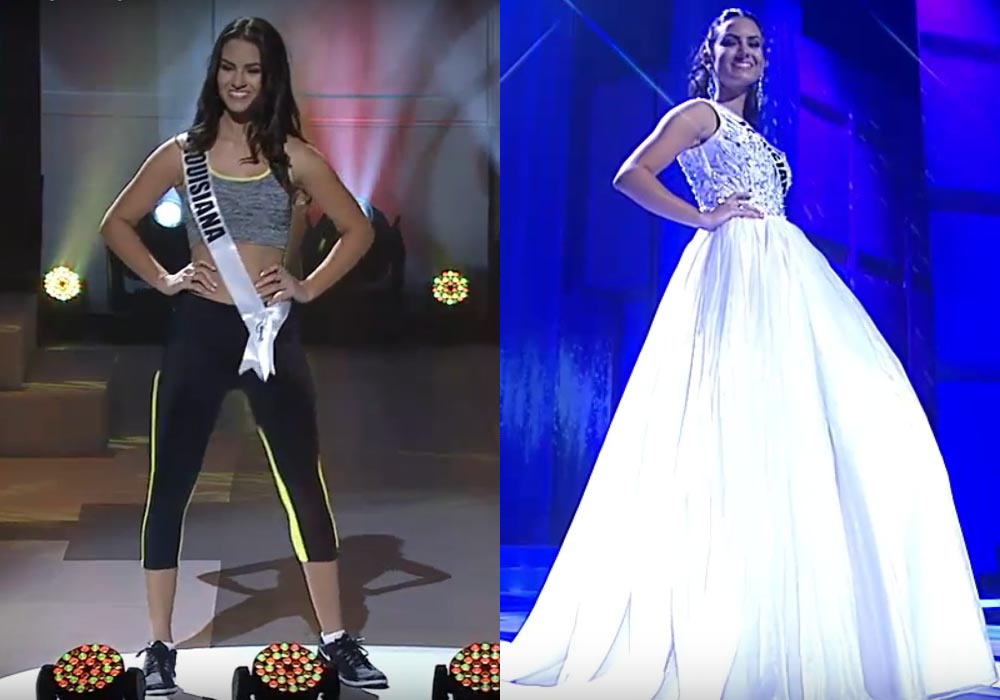 Hailey is also quite strong overall. I like her gown and her interview was also very good so I am looking for her to get a spot. 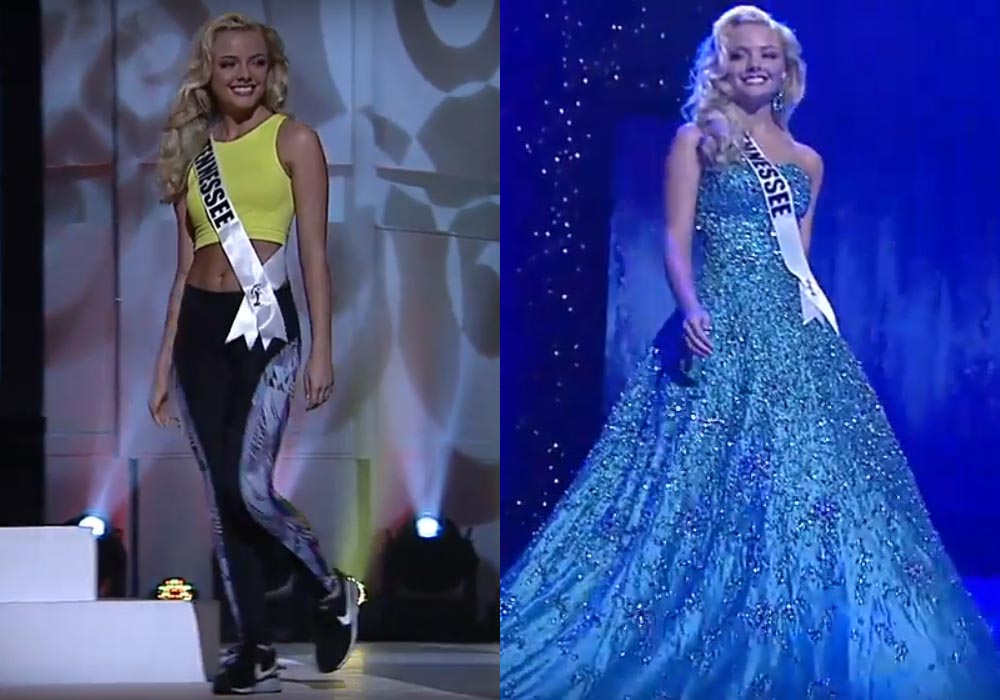 The volunteer state is typically a strong state at Miss Teen USA and Megan is no exception. She had a very good interview and her gown was stunning as is regularly expected of Tennessee's girls. 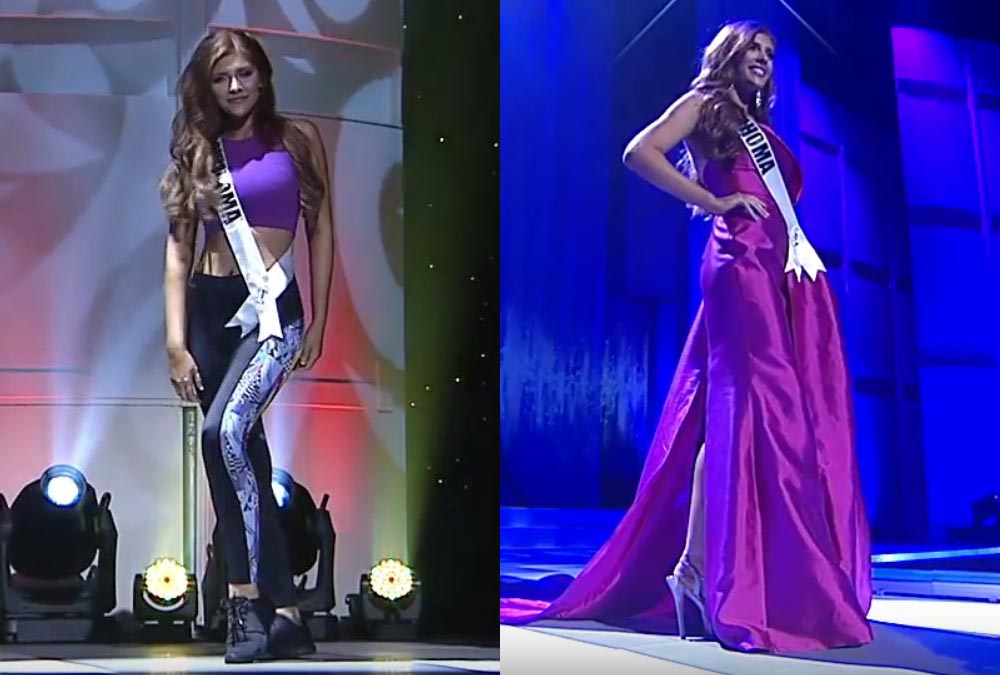 Baylee is a strong overall candidate with a great interview and a great look and I am looking for her to do well also. 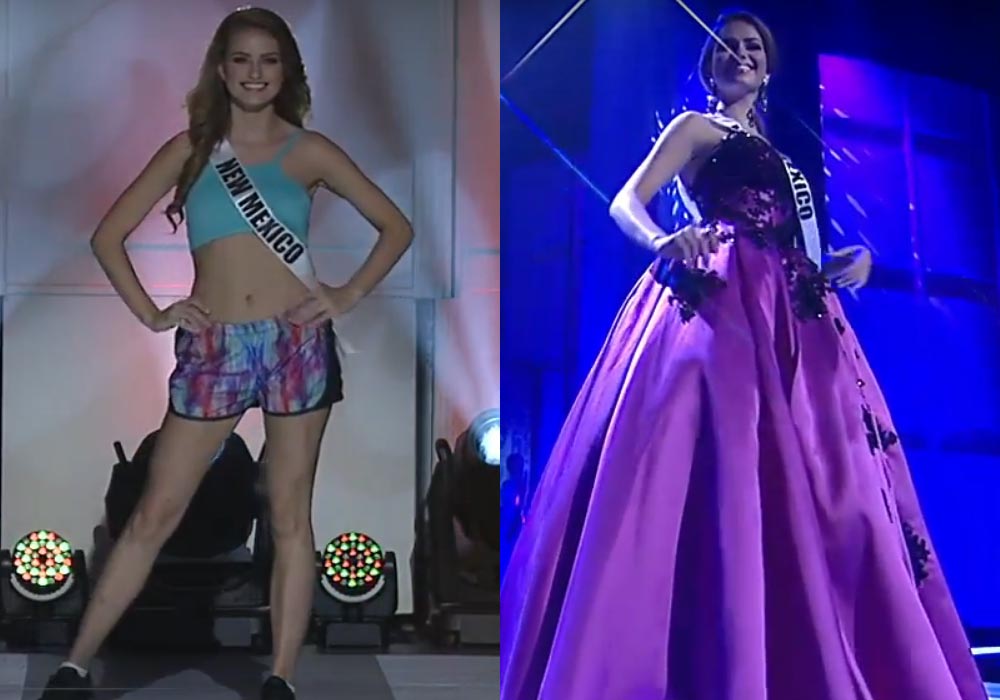 The land of enchantment typically doesn't do that well in pageants with sporadic placements here and there. Kalina is one to keep an eye on though as her performance was actually quite good and she does have a strong overall look and it's interesting that she is 1/8 Japanese. 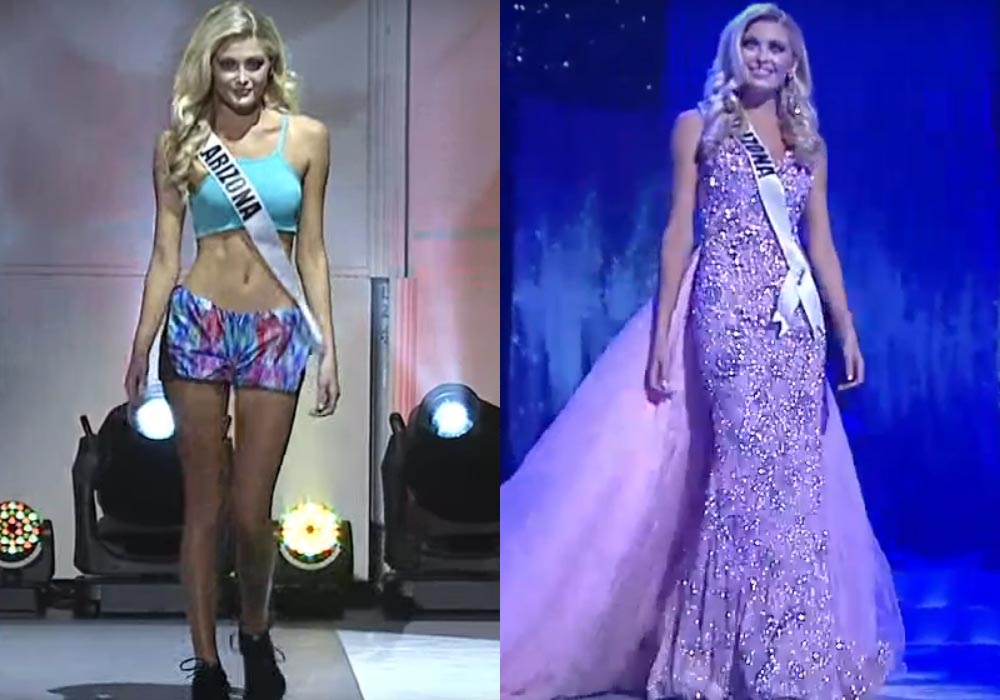 The hometown girl is actually quite charismatic and gave me the impression that she could pull off a placement after preliminaries so I gave Karly a spot in my list. 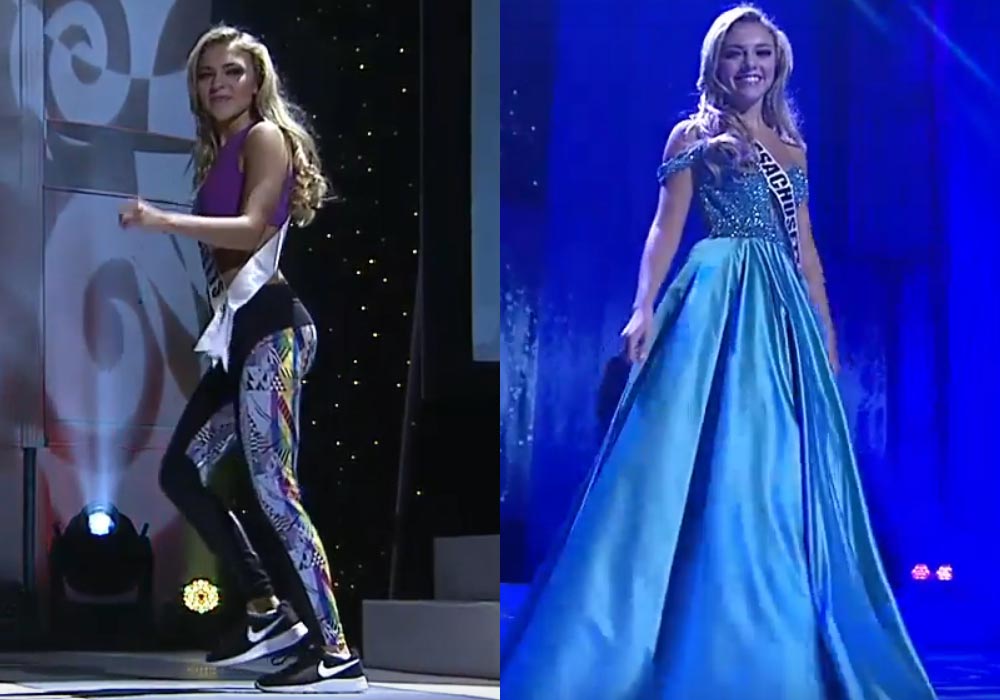 Caitlyn has a great overall look and her story about overcoming epilepsy was intriguing. She also can sing the preamble to the U.S. Constitution so she is one to watch. 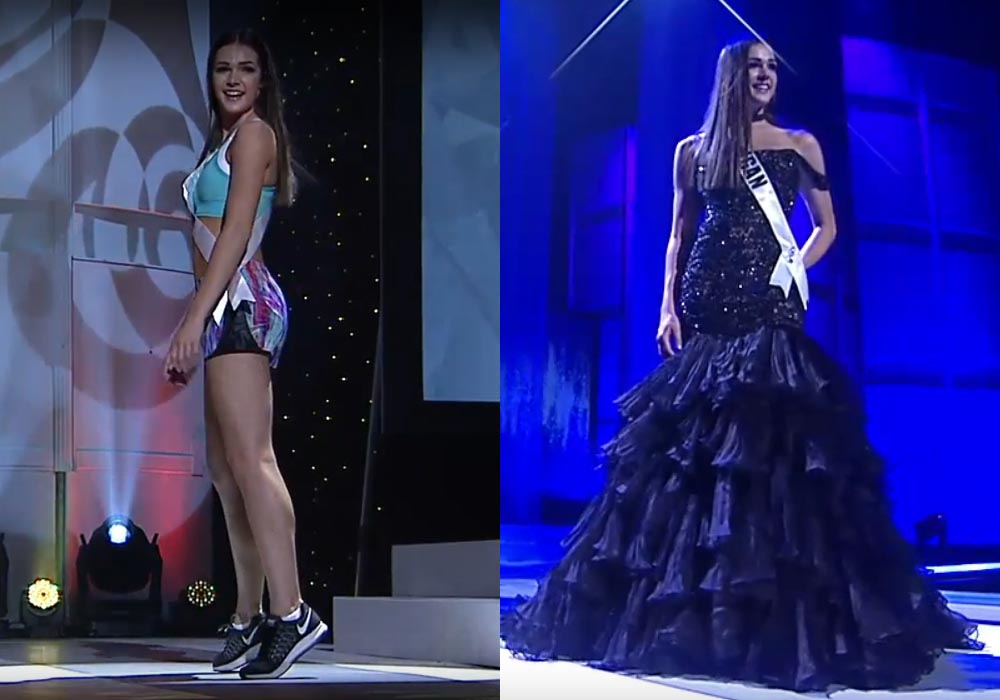 Kenzie does have a nice body and her sleek hair did stand out so she could be up there. Her tomboyishness might be a little pronounced in interview but she pulled off the pageant look very well. 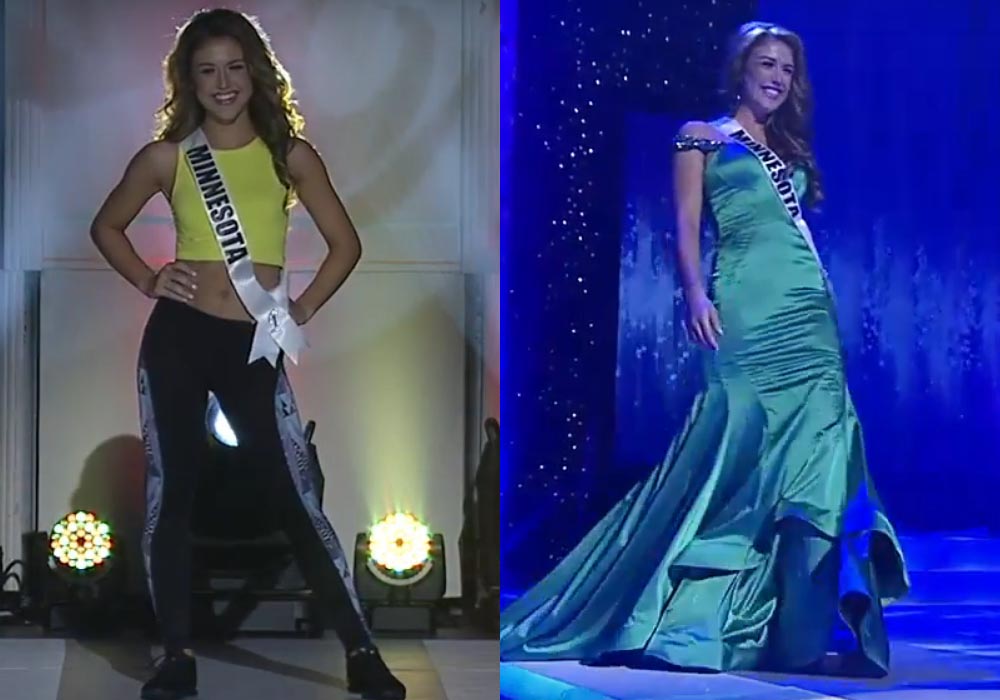 She can list all 27 amendments and in recent years, this kind of thing has won crowns. I don't think she quite has the overall look but there are always surprises and this girl could potentially be one of them. 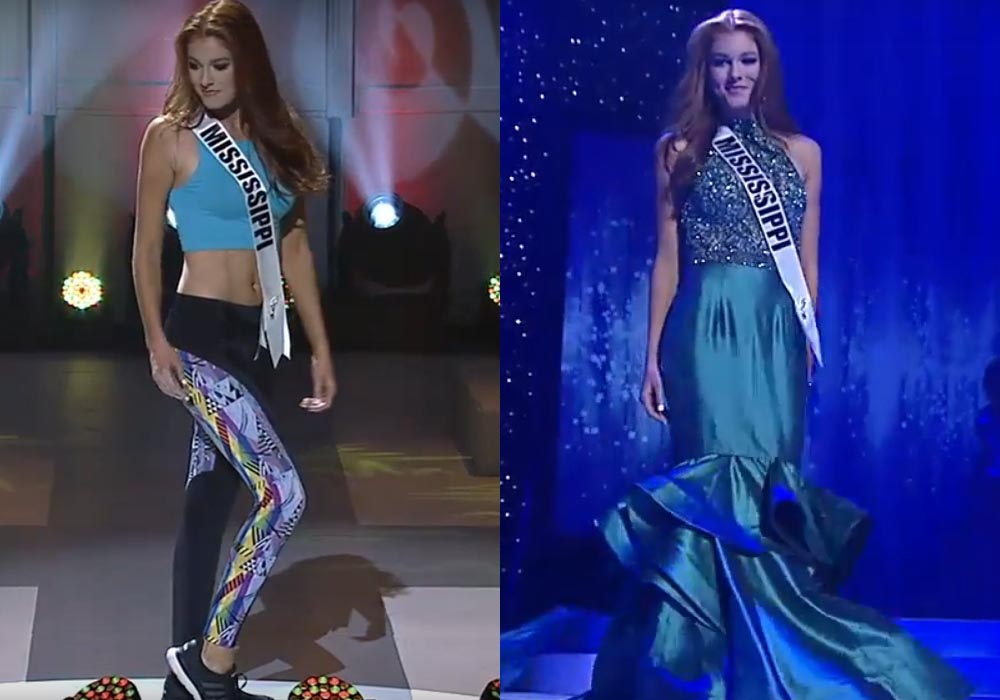 Hannah also came across as more complete to me with a strong overall look and great interview as well but somehow I get the impression that she might not quite win over the judges so I'm putting her here. 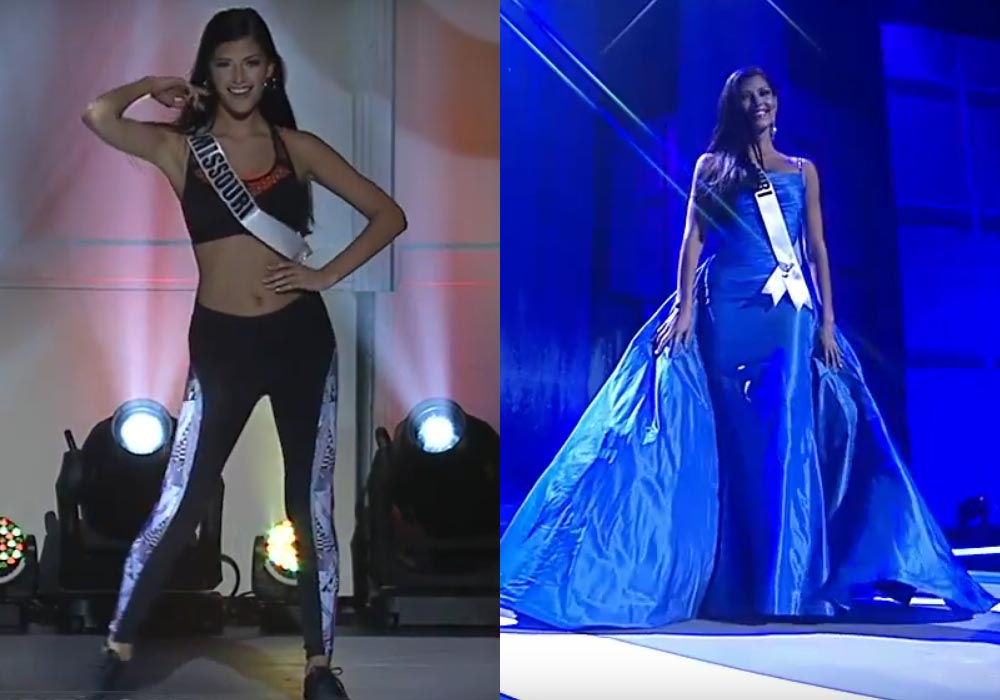 For the first time, my 5 alternates are all states that start with "M"! Missouri sends a decent delegate that could pull it off and her blue gown matched the background perfectly but somehow I don't feel strongly enough about her for whatever reason but she could be up there. 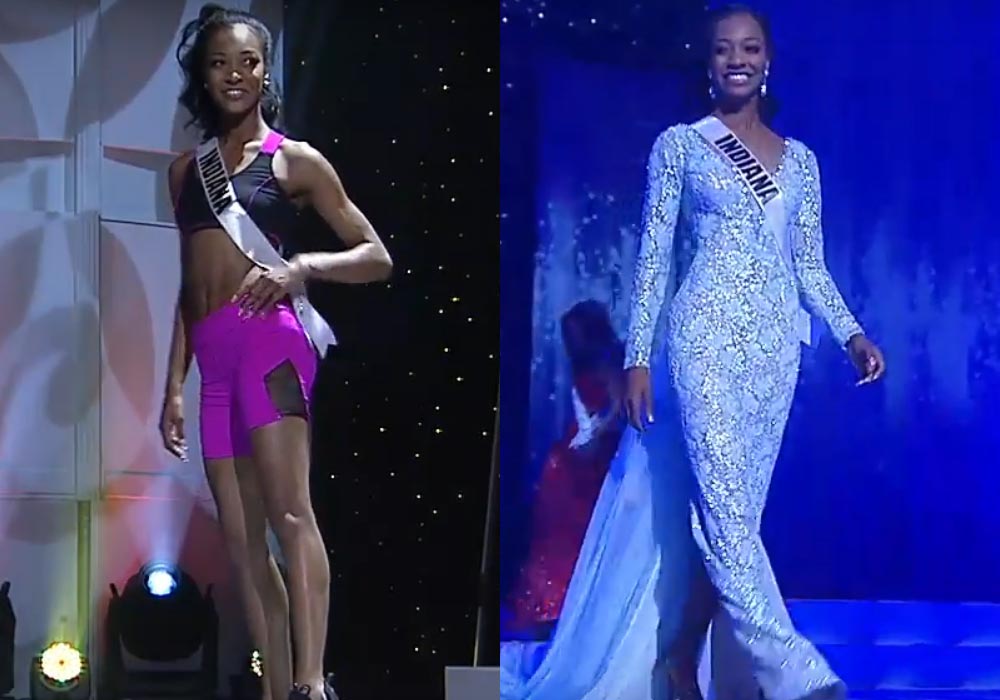 She had a decent interview and has a nice long, lean body so she also could be up there. Her gown and presentation are also nice so keep an eye on her. 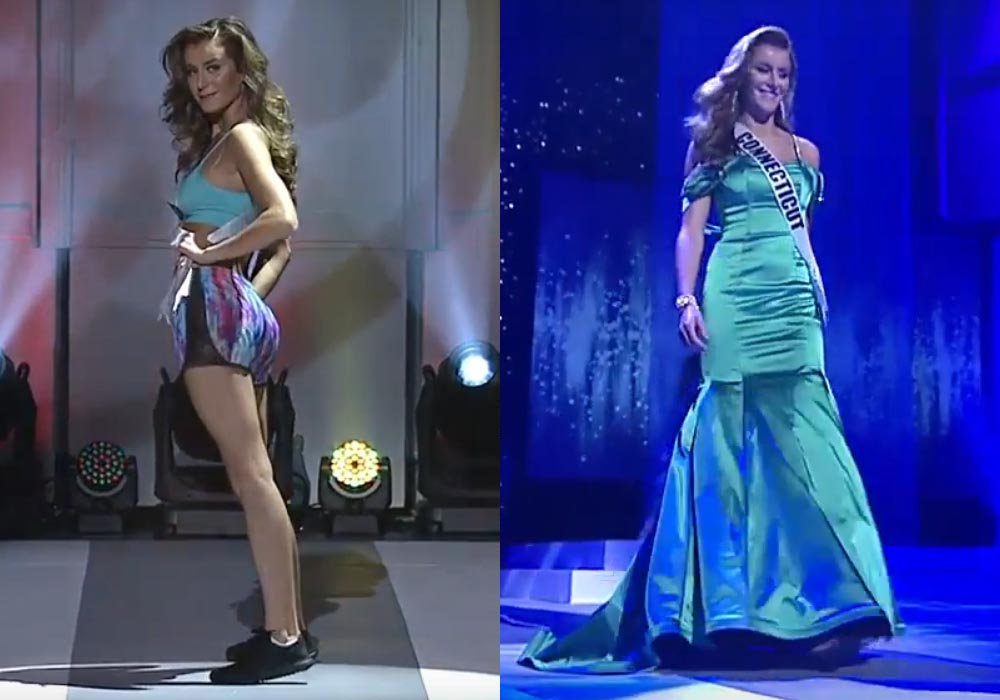 Lana's quite tall and bright having graduated high school at age 16. Something about her look seemed a bit off during preliminaries so I ended up placing her here but she could place. 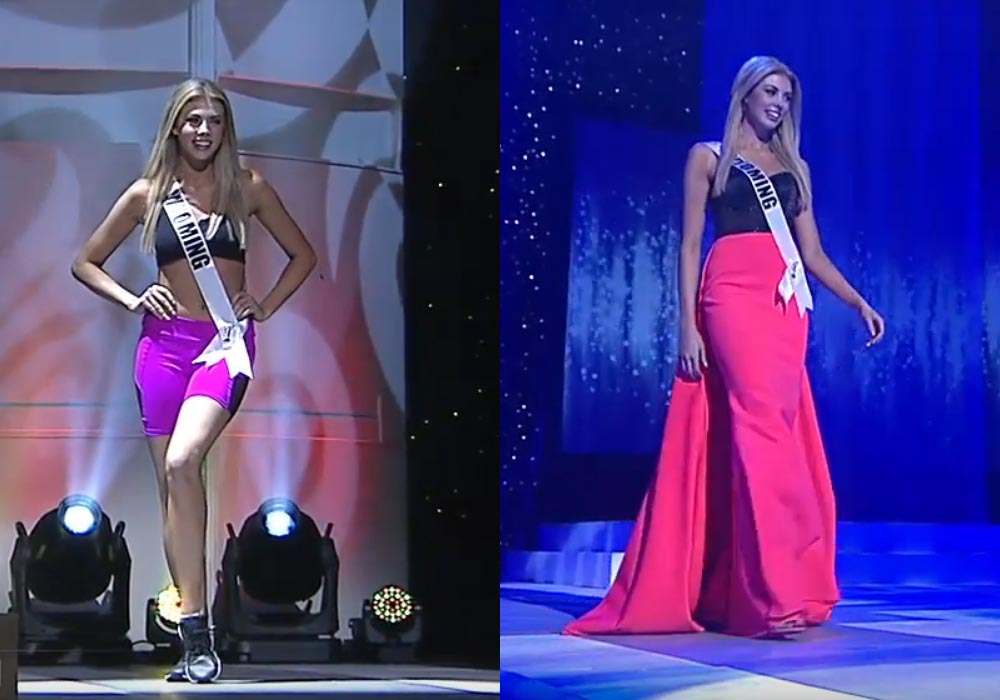 Wyoming doesn't have a high success rate in pageantry but Autumn is a possibility. She is good overall but could just fall short. 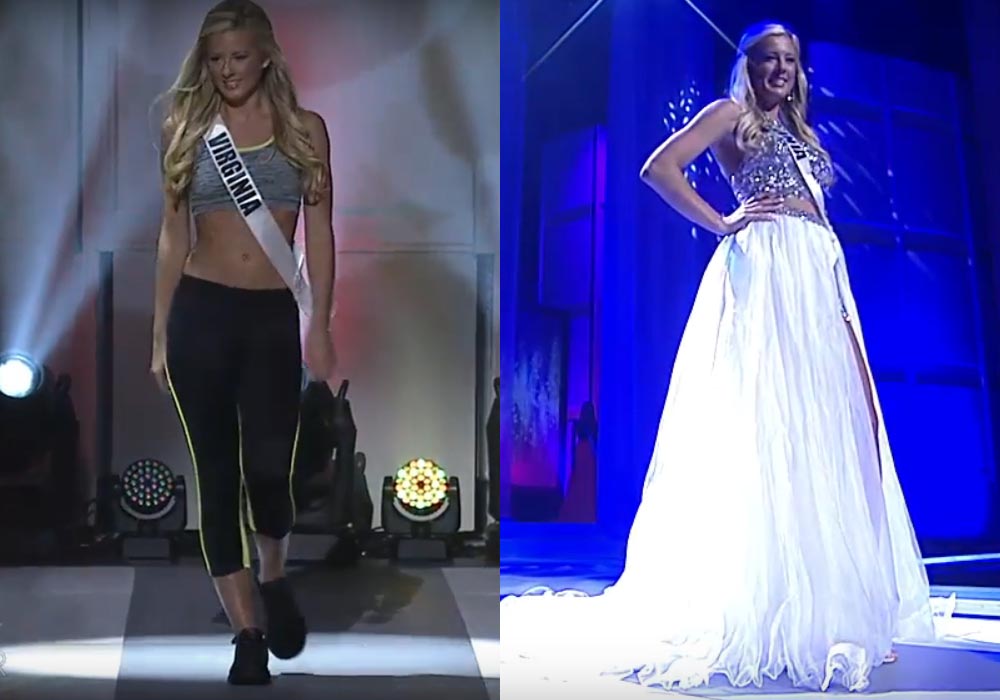 I think the judges could be intrigued that she has a twin brother with down syndrome so there's definitely a story here. Virginia hasn't placed since 2010 so could Madison bring them back? 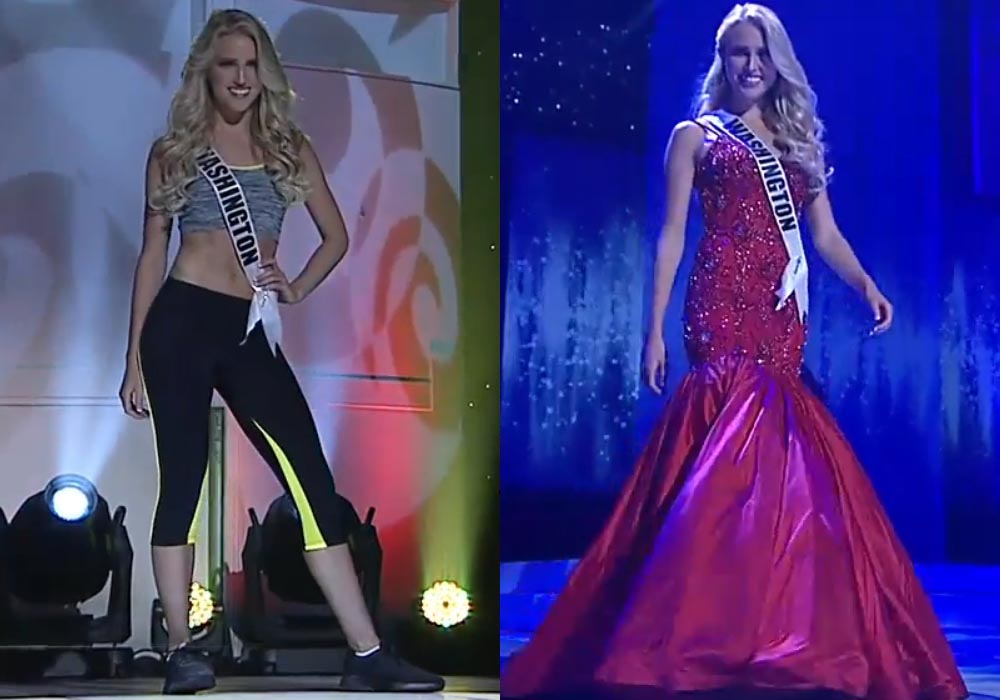 Aly also did quite well in the preliminaries so she is another possibility. Washington also hasn't placed since 2010.

So there you have it! Another year with another list so let's see how it goes this time around and we'll find out who I got right or who I missed entirely! 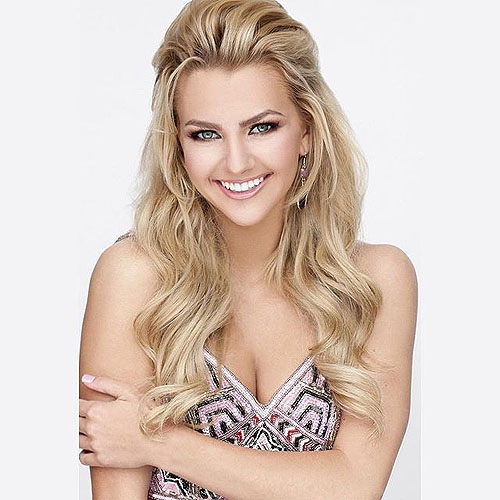 Who will succeed Texas' Karlie Hay and be the teen queen for 2017?

The webcasts for both preliminaries and finals can be viewed at missteenusa.com

Singer Jorge Blanco will perform at the Venue and the co-hosts for the event are Erin Lim and Heidi Powell. The judges will once again be an all-female panel like last year. The judges are: K. Lee Graham (Miss Teen USA 2014), Divya Gugnani (entrepreneur), Syleste Rodriguez (news anchor), Tamaya Petteway (senior VP of Endemol Shine North America) and Kalani Hilliker (dancer who appeared on "Dance Moms")

After viewing the Miss Teen USA Preliminaries on July 28, I will post my final predictions on the morning of July 29 and we will find out later that night, who wins the crown!